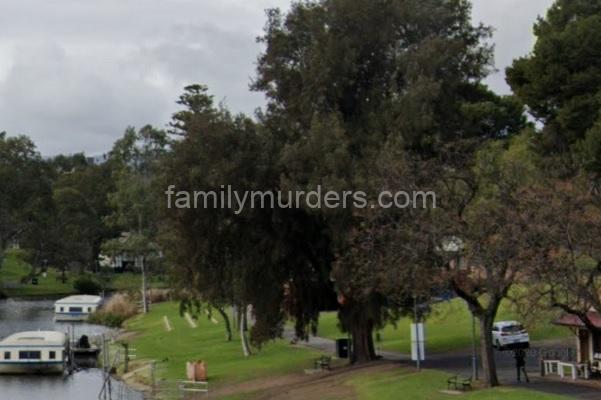 Do you think the Family Murders case will ever be solved?

In a word, no. I think we might get closer to understanding what happened but I think lack of physical evidence pretty much rules out any more charges being laid.

What do you think police would do differently if they had their time again?

I think they would use an aggressive bottom-up strategy rather than a top-down strategy. Taking 67 days to act on Mr B’s claims is gross incompetence. SAPOL were tunnel-visioned on the rape victim’s boyfriend. They should have at least assigned an officer to have a look at BVE. There was a network of 25-30 people around BVE, most of who either knew of, suspected of, or participated in the rapes of approximately to 150 people and the murder of five. They should have started from the outside in.

There’s a theory presented by R&M than speculates Noel Brook was involved in the abduction of Peter Stogneff. Mr B testified that in the days following Alan Barnes’ murder, he was threatened by Noel Brook to keep silent. While police didn’t have access to this knowledge at the time, it does suggest Brook knew something and he should have been lent on heavily for some information.

Denis St Denis allegedly saw photos of Alan Barnes. Before his death he confided in Trevor Peters that over the years BVE had shown him many photos of drugged males with objects inserted into their anuses. When young men started showing up dead from having foreign objects inserted into their anuses, St Denis must have known who was responsible – that’s if he wasn’t actually involved.

Also consider an ear witness heard female shouting when Richard Kelvin was abducted. There’s a strong chance that whoever was in that car, was not involved in the imprisonment, drugging, torture, rape and murder. This person or person was most likely part of BVE’s social network. Other people had to have knowledge. At the time police weren’t able to prise valuable knowledge from them.

They should have built rape cases, assault cases, and kidnapping cases. They should have conducted searches for drugs and laid any possible charges. They should have applied immense pressure to illicit small pieces of information that would slowly make the picture clearer. They needed to find the addresses of where the murder victims were taken. Every real estate company in Adelaide should have been contacted.

Were the 1990 charges against BVE for Barnes and Langley a mistake?

With the benefit of hindsight it’s hard to argue anything else. Mr B’s testimony was unreliable. Not only did the claims about the Beaumont Children and the Adelaide Oval girls come across as far-fetched, but there was a gaping big hole in his story. The day he said he and BVE picked up Barnes didn’t match the date or time that the police had.

How do you think police should move forward?

Have one final look at it and be thorough and aggressive. Enough resources for a 10 man task force and reward money. I can see a lot of questions that need to be answered. Maybe they have been answered, maybe they haven’t. In any event I think it’s too late to get enough evidence to lay charges, but at least try to get a clearer understanding as to what happened.